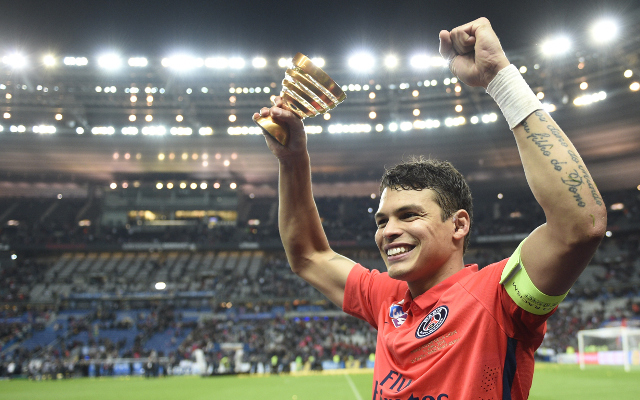 Manchester United are plotting a double raid on Paris Saint-Germain, and are tabling a £37m bid to sign duo Thiago Silva and Gregory van der Wiel in the summer.

According to the Daily Star, Louis van Gaal considers the pair as the ideal stars to improve his side’s defensive woes, and as such they are firmly listed on the Dutchman’s transfer wish-list.

PSG are reportedly dissatisfied with the performances of Gregory Van der Wiel this season, and will not offer the right-back a contract extension with his current deal set to expire at the end of the 2015/16 campaign – thus the Ligue 1 outfit are keen to cash in this summer.

The 27-year-old is valued at £9m – making him more than affordable to the Red Devils – but the Netherlands international apparently isn’t keen on leaving the Parc des Princes.

Meanwhile, van Gaal is also interested in Brazil star Thiago Silva – and the 63-year-old is so eager for his signature, that he is willing to offer Robin van Persie or Javier Hernandez as part of any deal for the defender – who is rated at a sizeable £28m.