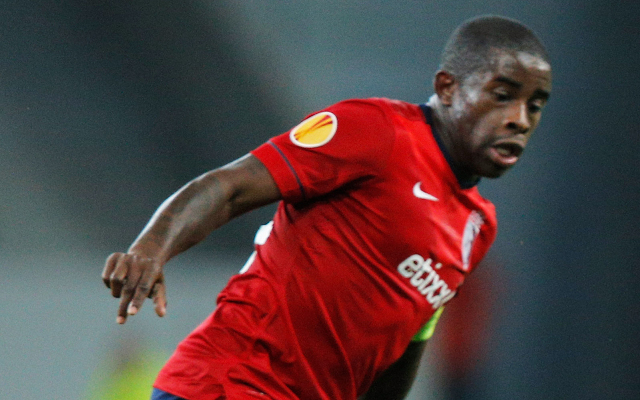 LOSC Lille midfielder Rio Mavuba has been linked with a summer move to Italy and Serie A giants AS Roma.

The 31-year-old defensive midfielder is coming to the end of his current deal at the Stade Pierre Mauroy—it expires this summer—and is set to leave Les Dogues after seven years of superb service.

Mavuba joined the club in 2008 from Villarreal—initially on loan—and has gone on to make over 200 Ligue 1 appearances for the Northerners.

Having won the Coupe de la Ligue with Girondins de Bordeaux, he was a key member of the glorious Lille side of the 2010-2011 season which lifted the club’s first Ligue 1 title in over 50 years. The Mastiffs also lifted the French Cup during a magnificent campaign, with Mavuba influential throughout.

The defensive midfielder is also an international, having featured 13 times for France, but he will soon find himself out of contract.

Several Italian sides are reportedly interested in Mavuba’s signature, and according to Mercato, Roma are his most likely destination.