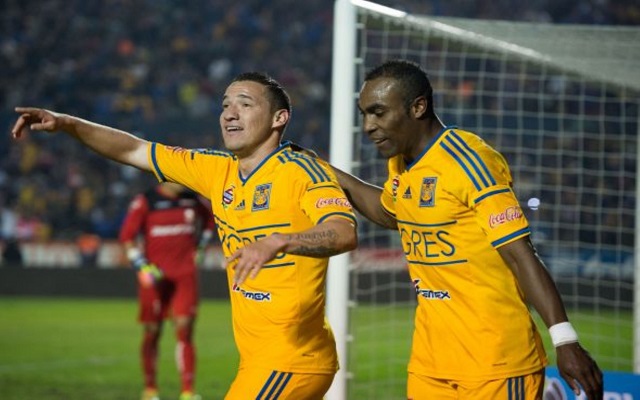 On Monday afternoon, Mexican side Tigres UANL travelled to Peru for their final group game in the Copa Libertadores against Juan Aurich.

The Mexicans have already qualified as group winners with 11 points. With the Monterrey ‘Clasico Regiomontano’ derby against Rayados to worry about at the weekend, they decided not to take their first team on the 24 hour round trip.

The Uruguayan Egidio Arevalo was one of the few first team players who was expected to make the trip, but Tigres manager changed his mind at the last minute and he will stay in Mexico.

It means Tigres only have three of their regular first team players available for the game, according to Record. Dario Burbano, Ivan Estrada and Dario Carreño will all start, but will be accompanied by reserves and youngsters.

Although Tigres already have a ticket for the next stage, the race for second place in group 6 is extremely tight, Juan Aurich in second have six points and River Plate and San Jose below them have four points each.