Tottenham have made a huge faux pas, wishing their longest serving player Aaron Lennon happy birthday on the wrong day!

Currently out on loan at Premier League rivals Everton, the winger turns 28-years-old on Thursday. However, his parent club seemed be unaware of this, giving him some birthday wishes a day early. They have since deleted the tweet, but see it from before below… 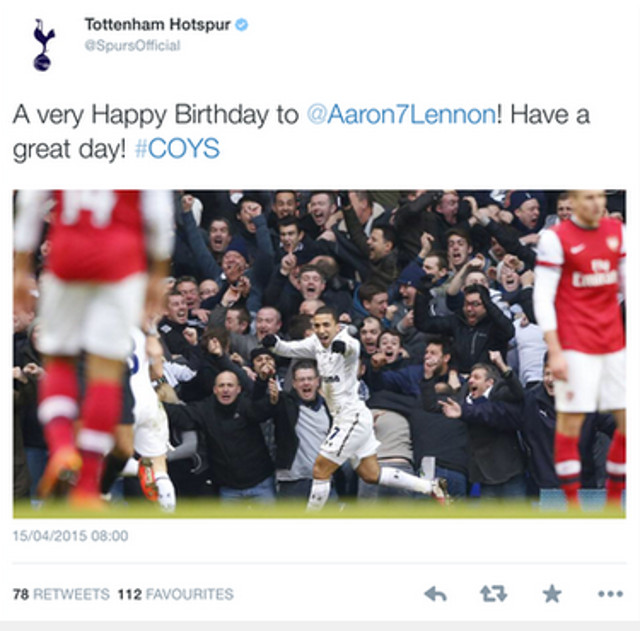 Lennon has found himself out of favour at White Hart Lane this campaign, ending up at the Toffees temporarily after only making 14 appearances for Spurs in the first half of the season. He has since impressed at Goodison Park, scoring twice in nine games as the Blues have lifted themselves away from the relegation fight.

This has led to the Daily Telegraph reporting that Roberto Martinez may make his move permanent for £6 million in the summer.