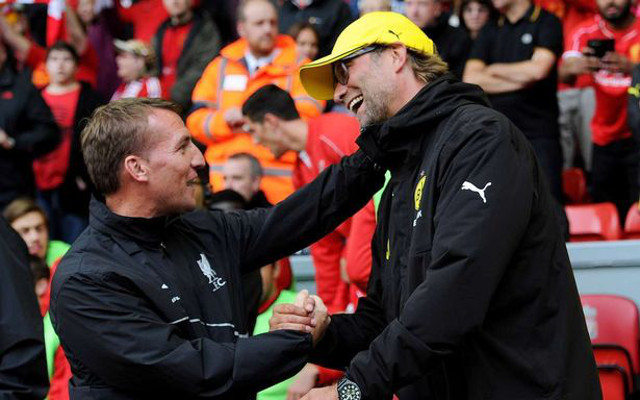 Twitter has practically exploded with the news that Jurgen Klopp is planning to terminate his contract with Borussia Dortmund this summer, with fans around the world predicting where the German coach is likely to end up.

Dortmund have struggled badly this season, and have already missed out on Champions League football. Their faltering campaign has seen many of their high profile players linked with exits come the end of the season (via the Daily Mail), with Klopp merely the latest name on the list.

Jurgen Klopp tells Borussia Dortmund he wants to quit at end of the season http://t.co/tmrrDZYXsA pic.twitter.com/5tdcWcgHoj

The news has received mixed responses, with the overriding feeling from fans being that he is destined for the Premier League ahead of the 2015/16 season. Some fans are thrilled by this news, and have reached out to their respective clubs begging them to sign him up.

While others seem less than pleased with the idea of Klopp heading to England, and were vocal about their opinions on the 47-year-old.

I hope Klopp goes to City and fails and his stupid grin, glasses and beard piss off forever and TSBible cry into their wank socks.

Jurgen Klopp has almost won an European trophy once, so he is a perfect match for Man City. — Paul (@Kolology) April 15, 2015

The only problem with Klopp going to Man City: a greater chance of Guardiola going to Arsenal, when Wenger decides to call it a day. — Ollie Davis (@Ollie_Davis) April 15, 2015

Many seem to believe his exit will be the first of many, and that Dortmund will struggle to hold onto their players following his departure. Which has also seen a number of fans adding the Bundesliga stars to their summer wishlist.

In all seriousness, Klopp leaving Dortmund would put every player in the shop window. Could get ugly for them this summer.