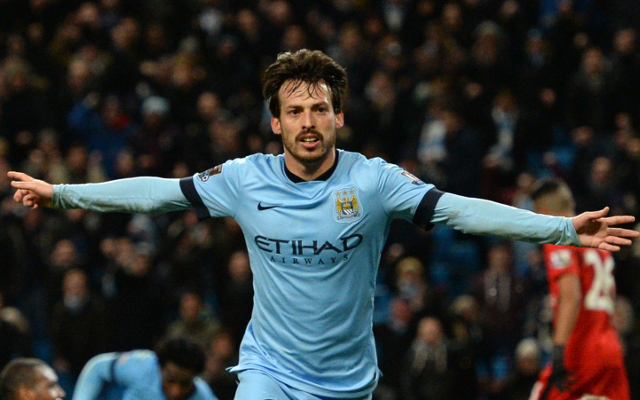 La Liga giants Valencia could be set to pile more pressure on Manchester City boss Manuel Pellegrini by making an audacious bid to re-sign former star David Silva this summer, according to The Sun.

The tricky dribbler spent four happy years with the club before linking up with the Citizens for £26m back in 2010.

Valencia are in the mix to qualify for next season’s Champions League, and if they do they will be looking to bring some star names on board.

They had originally targeted a move for Juan Mata, but his excellent resurgence in form at Manchester United recently has all but guaranteed that won’t happen, but an offer for Silva remains a possibility.

However, any move for the 29-year-old is likely to be met with a firm ‘no’ from Etihad chiefs. A massive summer clear out of stars such as Yaya Toure and Samir Nasri is expected to be sanctioned, but Silva remains very much a part of their plans.