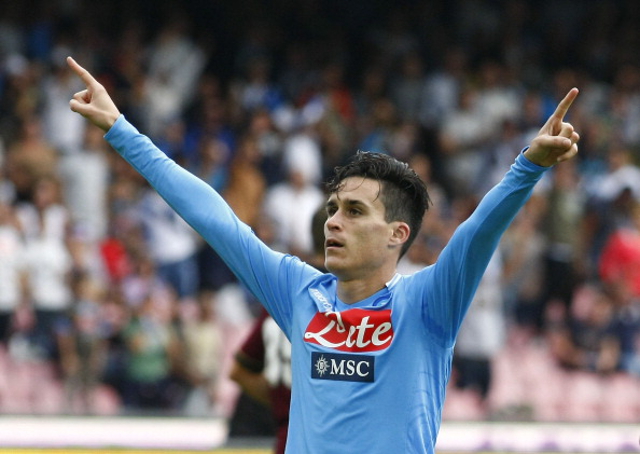 Cadena Cope [via Le10Sport] have reported that a deal of almost 20 million Euros has been made for the Spain international and that the player has agreed to the move.

It is believed, however, that the management at Napoli are unconvinced that letting the 28-year-old go would be a wise move and are considering offering him a new contract.

Callejon moved to Napoli back in 2013 when he left Real in a 10 million Euro deal. He has found the net 10 times in 30 Serie A appearances so far this term, but has drawn a blank in 11 Europa League outings.

However, he was in fine form on Thursday evening as Rafael Benitez’s side secured a 4-1 away victory over Wolfsburg in the Europa League.

Callejon made his way through the Real youth and reserve sides before leaving for Espanyol in 2008. Three years later he was back at the Bernabeu, however, where he won the Liga BBVA crown in 2012.