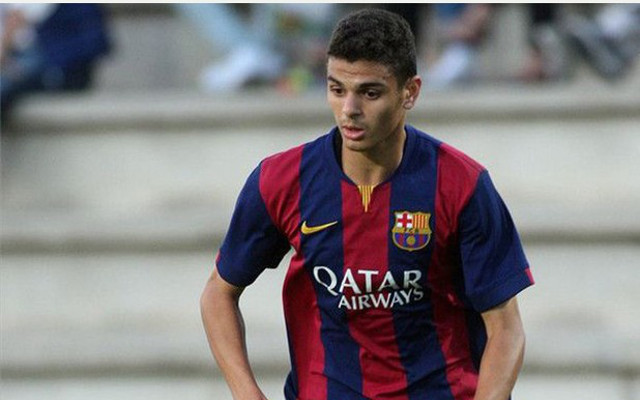 Barcelona teenager Moha El Ouriachi is set to become Stoke City’s third signing from Barcelona in two years, joining Marc Muniesa and Bojan Krkic at the Britannia Stadium, according to The Daily Mail.

Potters manager Mark Hughes is a former player at the Nou Camp and seems to be using his contacts at the Catalan giants to pull strings for his current club.

The 19-year-old Moroccan born player is currently playing for Barcelona B, their reserve side, who are currently bottom of Spain’s second tier division and three points away from safety. El Ouriachi is reportedly keen to seek first team experience elsewhere, rather than gamble at the Nou Camp.

The winger has represented Spain at youth level and Stoke are reportedly happy to pay the compensation to bring El Ouriachi to the club.

Both Bojan and Muniesa have settled well at the Britannia Stadium, though the former damaged his cruciate ligaments in an FA Cup match away at Rochdale, after just 18 appearances.