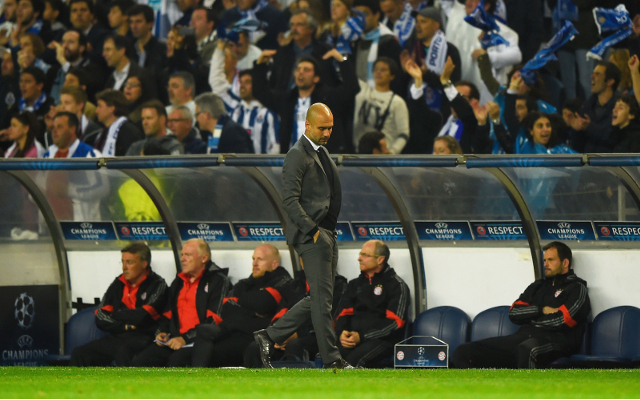 They say it’s lonely at the top, but for Pep Guardiola it has got a whole lot lonelier after his entire medical team resigned following their humbling defeat to Porto in the Champions League.

The team – led by 72-year-old Hans-Wilhelm Müller-Wohlfahrt – left the Bundesliga leaders in the wake of first-leg loss after being scapegoated as the reason they will have to overturn a two-goal deficit in the Allianz Arena next week.

According to the Daily Mirror, the fact that first-team stars Arjen Robben, Franck Ribery, David Alaba, and Bastian Schweinsteiger amongst other were missing through injury for the 3-1 defeat to the Portuguese side was the final straw for the already strained relationship between the former Barcelona boss and Wohlfhart.

The physician had been with the club for 38 years, having joined in 1977. He has also worked with tennis player Boris Becker, sprinter Usain Bolt, and the German national team in the past.

However in a strange twist, the Daily Mirror also reported that when German press contacted the Bundesliga leaders, they claimed to be unaware of their departure.