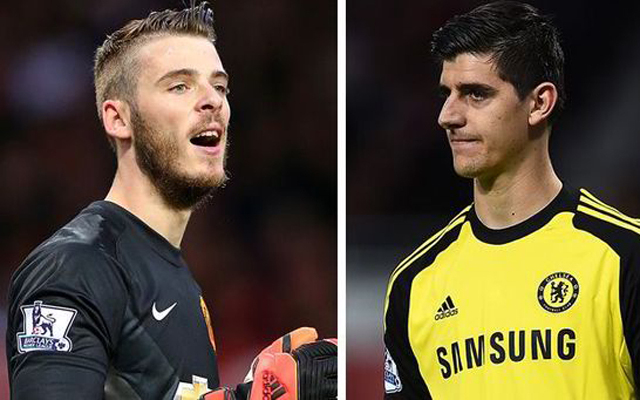 David de Gea’s performances this season have earned the Manchester United stopper a world-class reputation, while Chelsea goalkeeper Thibaut Courtois has been in superb form in his first playing term at Stamford Bridge.

Sky Sports tweeted this comparative graphic between of the Blues’ Belgium stopper and the Red Devils’ Spaniard highlighting just how stunning the duo’s form has been: 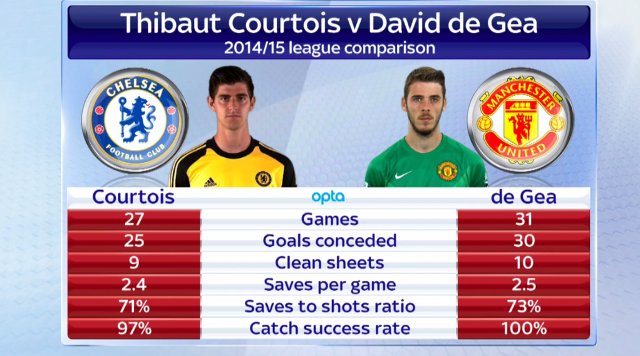 There’s very little to separate the duo, but de Gea just edges the stats, as he looks to have matured tremendously under the Dutchman this term.

The Spaniard is surely the top contender to be named Manchester United’s player of the season at the end of the campaign and, as the above graphic highlights, he has certainly earned such recognition.

It must be reminded that the 24-year-old first moved to Old Trafford, a major concern was his perceived weakness at coping with corners – however he now boasts a 100% catch success rate.

Nonetheless, given this is Courtois’ first season in the Premier League – credit must be given to the 22-year-old to adapting to the pace and physicality of England’s top flight so quickly – as well as the pressure that will have no doubt come from replacing legend Petr Cech as the Blues’ no.1.

Chelsea host Manchester United on Saturday evening, as the Red Devils set out to a huge cause upset to the title leaders.