Arsenal midfielder Jack Wilshere has been snapped in the club’s new kit for next season, with leaked images of the away shirt appearing online at the Metro.

The England international has been out of action for much of this season for the Gunners, but will be hoping for a few more games next season in this interesting new design – a dark blue kit that is not uncommon for the north London giants, but with some different new features.

Although Puma’s debut season in designing Arsenal’s kits has proven a success with some classy home and away strips, this design is a little more questionable due to the strange stripes near the bottom of the shirt, randomly coloured white, light blue and gold.

Arsenal have not had stripes on their shirts before, though light blue, white and gold have all featured as part of their away kit designs in the past. 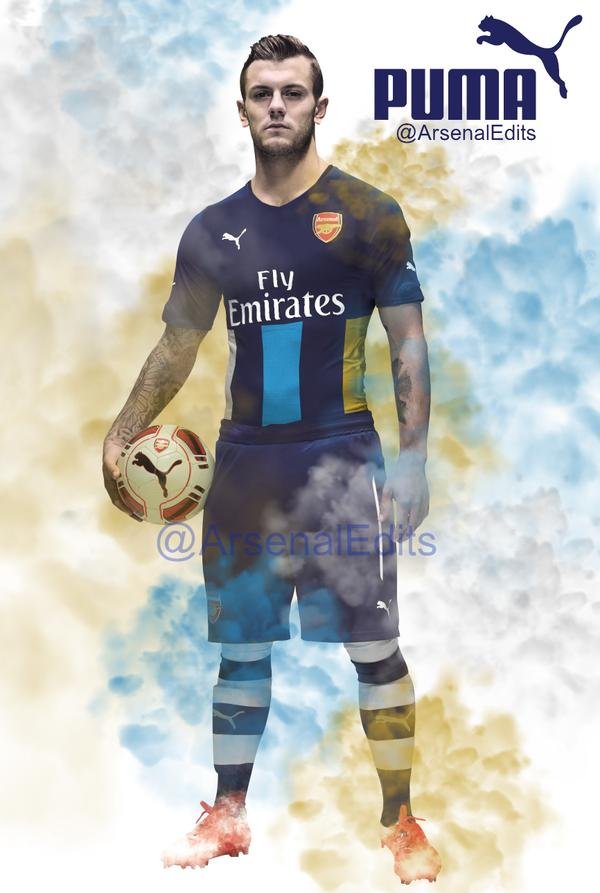