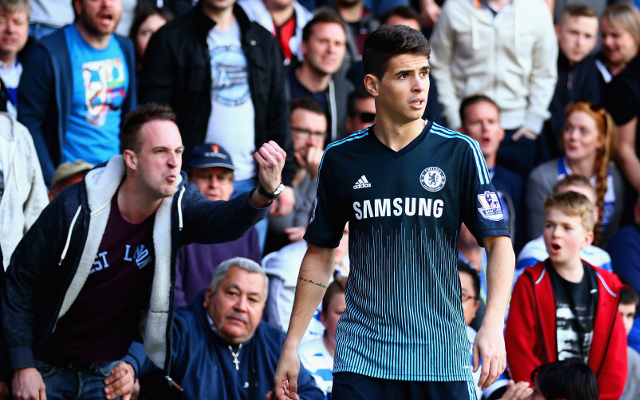 Chelsea boss Jose Mourinho is reportedly prepared to sell playmaker Oscar in the summer, and Liverpool are eager to sign the Blues outcast.

Since the arrival of Cesc Fabregas in the summer, Oscar has been demoted to the bench, and is failing to convince his manager that he is worthy of a regular place in the starting line up.

The Brazilian has netted six times and registered seven assists in the Premier League so far this term, but his influence on the pitch has dwindled – despite his career at Stamford Bridge getting off to such a promising start.

As such, the Portuguese, according to the Express, is ready to put the playmaker up for grabs in the summer transfer market, which has put Liverpool boss Brendan Rodgers on high alert.

Liverpool already boast Brazilian duo Philippe Coutinho and Lucas Leiva who could offer some words of encouragement to Oscar to make the switch to Anfield.

The reports claim that the Reds will however have to fend off interest from Juventus and Paris Saint-Germain who are also keen on the young attacking midfielder.