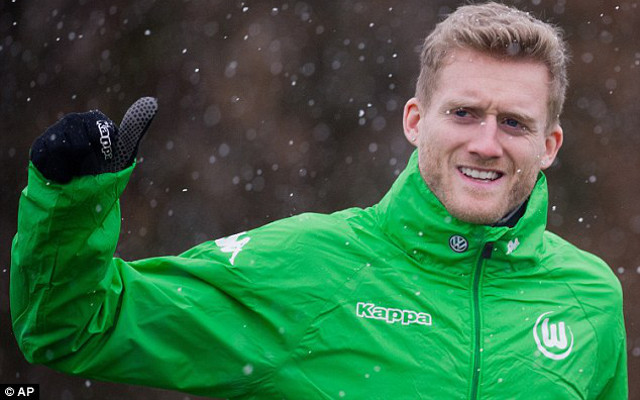 Napoli manager Rafael Benitez admits he was interested in signing Wolfsburg winger Andre Schurrle while he was still at Chelsea this season ahead of their meeting in the Europa League.

The Italian giants have also been linked with a number of other Bundesliga stars, with Benitez also commenting on speculation that he looked to bring in the likes of Luiz Gustavo and Ivan Perisic in this January’s transfer window.

Schurrle is perhaps the biggest name eyed by Napoli in recent times though, with the talented German international unfortunate to have been let go by Chelsea this winter after struggling to gain much playing time at Stamford Bridge this season.

Benitez, who managed the Blues for a short spell in 2012/13, reveals he almost made a raid on his old club to bring in Schurrle this winter, as he prepares to come up against the Wolfsburg attacker on Thursday night.

“It’s true we tracked Luiz Gustavo, Ivan Perisic and Andre Schurrle for a long time, but it was not possible to sign them,” the Spaniard is quoted in the Daily Mail.