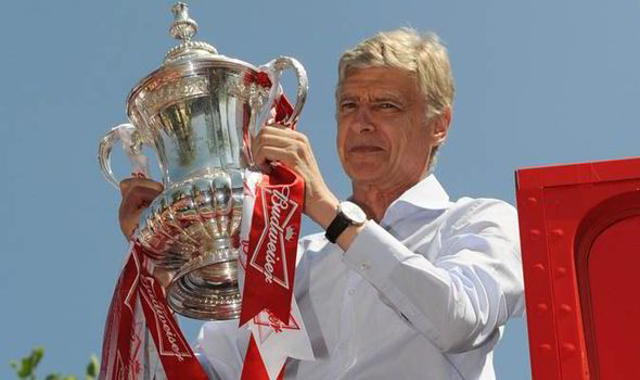 Arsene Wenger is unhappy with the timing of Arsenal’s FA Cup semi-final schedule on Saturday evening, which clashes with this weekend’s big Premier League game between Chelsea and Manchester United at Stamford Bridge.

Viewing figures could be affected by the timing of these two big games, with the Gunners possibly set to miss out as many will tune in to find out what happens between the Blues and the Red Devils in a key game in this season’s title race.

Arsenal, meanwhile, will be big favourites to beat Championship side Reading at Wembley, which may not make terrific viewing for neutrals who would normally keep an eye on a big game at the late stage of the popular FA Cup competition.

Wenger feels the cup should be treated as more of a special competition, and should therefore not be played at the same time as big Premier League games, The Times reports, with the Frenchman saying: “Something should be done about it.

“I am surprised that they did not analyse that in television deals because basically what happens there, it is something that should have been planned, that two television channels who pay a lot of money for football have conflicted interests in promoting games.

“You would like it [the FA Cup] to be the unique competition that is played, especially a semi-final and a final, you would want it not to conflict with other competitions. I am a bit surprised that a [Premier League] game of the same stature is played at the same time. There is a bit of conflict there that is difficult to understand.”