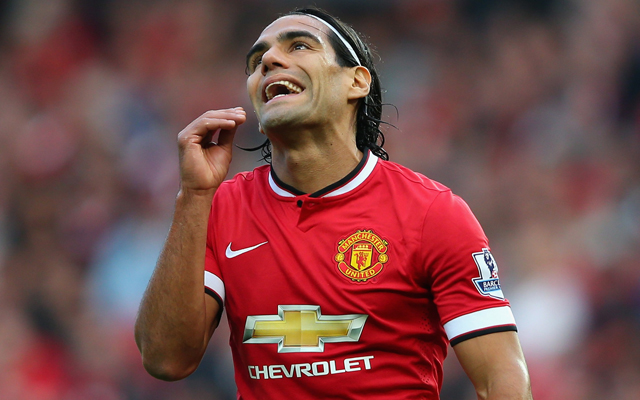 Louis Saha has told Manchester United manager Louis van Gaal that it’s time to give up on Radamel Falcao and send him back to AS Monaco.

As the Daily Express reports, United paid £6m, along with wages of £265,000-a-week to take the Colombian on a season long loan from the French side, with the option to make the move permanent for a fee of £43.5m.

However, Saha is desperate to see his former club spend the money on a striker capable of producing, with Paris Saint Germain’s Edinson Cavani believed to be among the Old Trafford side’s top target.

He said: “If Falcao was scoring 20 goals then United would have been up there, definitely. I don’t think the system is set up for him. It has to be for him. He is the kind of striker who needs the team to play a system for him. If he doesn’t find that system he will struggle.

“It’s a great club but United have big strength up front with Robin van Persie, Wayne Rooney and Angel Di Maria and that system is very difficult to make it nice and simple for one player.

“But he also had an injury and the Premier League is a tough league. Maybe he tried to recover too quickly, so was trying to be as fit as possible. But starting in such a big club is not easy and so it was a really big ask for him. But I still back him up. He remains a great player and a great striker.”

Falcao has only managed four goals in 23 appearances since joining United last summer, while his fellow South American has scored 20 times in the French capital, taking his overall tally to 45 in 85 for Laurent Blanc’s side.

Saha, who scored 42 goals in 124 games during his time at United between 2004 and 2008, added that van Gaal has done brilliantly to help turnaround the club’s fortunes, with the Red Devils set to make an immediate return to Champions League football.

He said: “He is one of the best out there and definitely has the calibre to bring United back to the top. I was thrilled to see the team getting back to a certain momentum.”

“There is still kind of an issue over the style of play, the speed, the attacking side of it, but they are starting to get the basics right – defending well, starting to score goals. It’s an immense achievement.