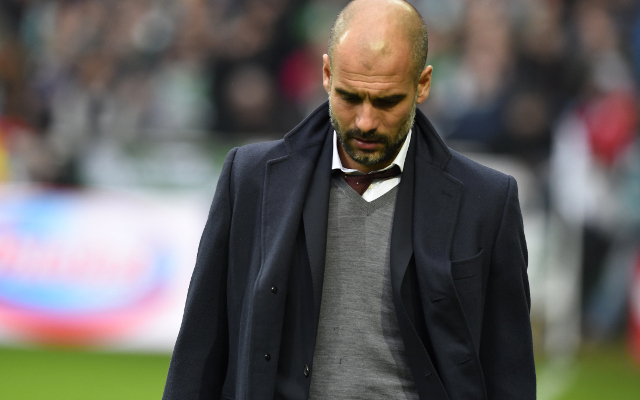 There were signs of it in his final season at Barcelona and it is catching up with him now – Pep Guardiola may yet miss out on a place in the history books as an all-time managerial great due to a lack of variety to his sides’ games.

Bayern Munich lost 3-1 to Porto in the Champions League this week to put the Spanish tactician under further scrutiny after a far-from-perfect time in charge at the Allianz Arena. Yes, Bayern strolled to the double last season and yes they will win the Bundesliga title again this year, again comfortably, but it is in Europe where the true test lies – and it’s one the club is failing.

Defenders of Guardiola will say it is almost impossibly unfair for fans and pundits alike to expect him to repeat the treble won by Jupp Heynckes in 2012/13 straight away, but a 5-0 aggregate defeat to Real Madrid last season and a quarter-final exit to Porto this term would certainly be some way from good enough for a club of this size and with players of this talent.

Others could point to injuries – key players like Arjen Robben, Franck Ribery and David Alaba sat out the game in midweek, while other members of the squad were not fully fit after only recently returning. Still, the eleven that started in Portugal is still enough to rival anyone in the world, with Manuel Neuer, Rafinha, Jerome Boateng, Dante and Juan Bernat at the back, Philipp Lahm, Xabi Alonso and Thiago Alcantara in midfield, and Mario Gotze, Thomas Muller and Robert Lewandowski in attack – world class quality in almost every position, and yet, no sign of being able to work a way around their tactically smart opponents.

As ever, Guardiola’s side dominated possession – 66.4% – but created little with it, managing just five shots in the entire game and only three on target. Looking at the strange 4-3-2-1 formation the ex-Barca boss played, it’s clear that there was no width in their attack and therefore the same kind of predictable, narrow, slow, passing football that Chelsea soaked up against Guardiola’s side at the Nou Camp in 2012.

A treble in his first season at Barcelona and another Champions League in just his first three seasons in management was a remarkable achievement, no question, and if anything his struggles at Bayern show that one cannot simply inherit a good set of players and let them do the rest, but while he revolutionised the game in 2009, he is now being found out and it is something of a surprise that he has no other European Cup to his name since 2011 given the quality of teams he’s had at his disposal since then.

Of course, losing wingers Robben and Ribery will have forced his hand slightly here, but it still shows a lack of a Plan B that Pep couldn’t bring out a similar threat from other players like Gotze and Muller, who can both play wide, or indeed use Lahm in his preferred position of right-back and utilise his quality from there – in fact, the former Germany captain’s use as a midfielder since this manager’s arrival is one of many examples of his attempts at tactical innovation going wrong.

The tie is not over yet and it isn’t impossible to imagine Bayern turning this around with a 2-0 win in the second leg, but another unconvincing display to a significantly weaker team will have alarm bells ringing as the bigger sides lie in wait in the next rounds.