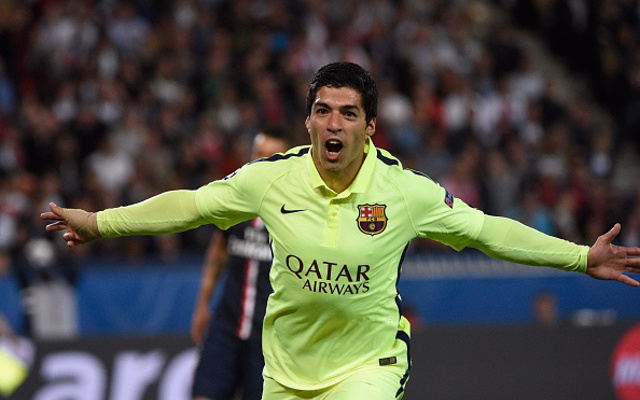 The Uruguary international produced a vintage display and pounced on two occasions in the second period with a pair of outstanding solo goals in the Champions League quarter-final, first leg at Parc de Princes.

Carragher wasted no time in praising his former team-mate, and took to social media platform Instagram to post a cheeky message asking Suarez to consider a return to Anfield, nine months after his switch to the Catalan giants:

Come back you know it makes sense!!

Suarez was the star of the side as Liverpool played their way to the brink of winning the Premier League title last season, only to lose a crucial game at home to Chelsea and draw at Crystal Palace.

The slump allowed Manchester City to pip them at the post and reclaim the crown from bitter rivals Man United on the final day of the campaign.

Liverpool have been far less clinical in Suarez’s absence and have only an outside chance of securing a top-four finish this term.