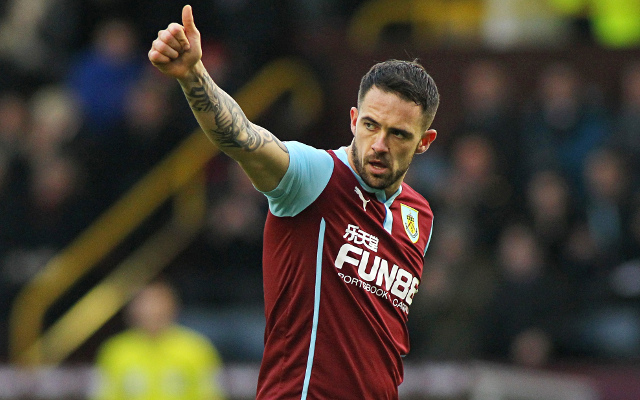 Manchester United look set to beat Liverpool to Burnley’s Danny Ings with the forward out of contract this summer as Louis van Gaal signals his intent in the transfer market, the Daily Mail report.

Ings has been linked with a number of clubs in recent months, including Liverpool, but Van Gaal’s eagerness to get the deal over the line, as per the Dail Mail, may give Man United the edge.

Scoring nine goals in a struggling Burnley side, Ings has attracted much attention and his ability to fill the homegrown quota is especially intriguing for the top clubs who have a number of foreign stars in their squad.

According to the report, talks have already been held with Ings’ representatives but due to his age and homergrown status, Man United will have to pay a compensation fee believed to be around £5m.

This would come as a significant blow to Brendan Rodgers who tried to sign the England U-21 star in January as the Daily Mail suggests, whilst Man United continue to flex their financial muscles.