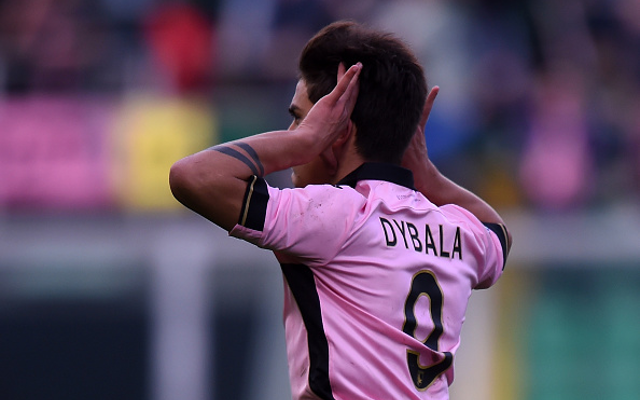 Paris Saint-Germain have been boosted in their quest for Palermo striker Paulo Dybala after comments made by club president Maurizio Zamparini.

As reported by the Daily Star, the 73-year-old has acknowledged that he is willing to offload the in-demand Argentine forward and will listen to offers.

“Dybala will be sold by the end of April,” the president confirmed.

The news will have alerted the likes of AS Roma, Juventus, and Premier League trio Manchester United, Liverpool and Arsenal, all of whom have been linked with the forward’s signature.

However, it will also have come as encouraging news for Paris Saint-Germain, who will fancy themselves to win any kind of bidding war that may be instigated by Zamparini’s comments.

It is believed that a fee of 40 million Euros would be a starting point for talks, according to Foot sur 7.

The 21-year-old has featured 29 times in Serie A for the Sicilians this season, scoring 13 goals.