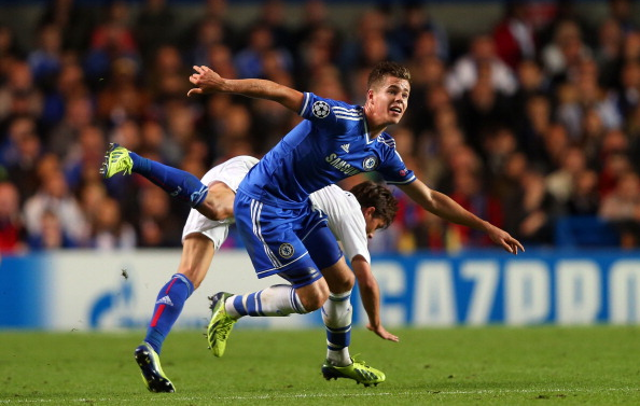 Chelsea midfielder Marco van Ginkel could see his loan spell at AC Milan converted into a permanent deal, according to media reports in Italy.

Tutto Mercato Web claims the Blues’ positive working relationship with the Italian giants is likely to be hold the key to a summer agreement being reached.

All options are likely to be explored, and the player could either spend another 12 months at the San Siro on a temporary basis or put pen to paper on a permanent switch if his parent club’s asking price is met at boardroom level.

The 22-year-old is said to have impressed staff despite the fact that his stay has been interrupted by injury, which has restricted him to only 10 appearances in all competitions for Filippo Inzaghi’s team. His latest outing came in the 1-1 Serie A draw with Sampdoria on April 12.

His recovery from the recurrence of ankle ligament problems, which he suffered in December, comes at a good time for all parties, as he appears to be returning to full fitness before the end of the campaign, giving him the best chance of enjoying an effective pre-season this summer.