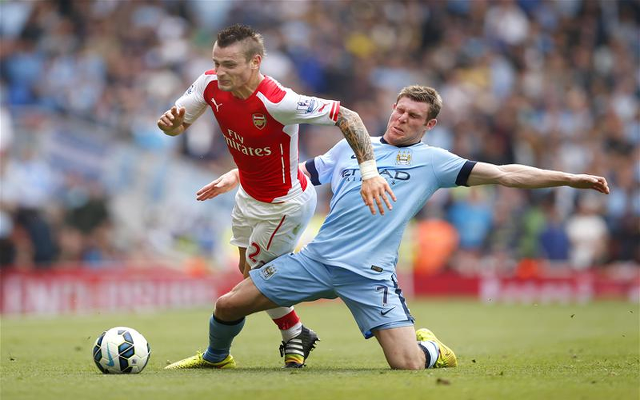 Arsenal are unanimous in their calls for the club to make a move for Manchester City midfielder James Milner who is out of contract this summer, with 60% of fans in favour of the potential deal according to The Evening Standard.

Milner looks set to leave the Etihad Stadium this summer and has been strongly linked with a move to north London (via The Independent), the current confusion surrounding the future of some of Wenger’s midfield options makes the move seem feasible.

Abou Diaby and Mikel Arteta’s contracts expire in June and although Mathieu Flamini has an option of another year, according to Transfermarkt, the Frenchman joins his aforementioned teammates as unattached players this summer.

However, The Evening Standard suggests that Southampton star Morgan Schneiderlin is Arsene Wenger’s priority with an offer almost certain in the summer, but Milner is certainly appealing to the Emirates faithful.

Able to play anywhere in midfield and at right back, Milner could be an experienced addition to Arsenal’s squad with two Premier League winners medals.