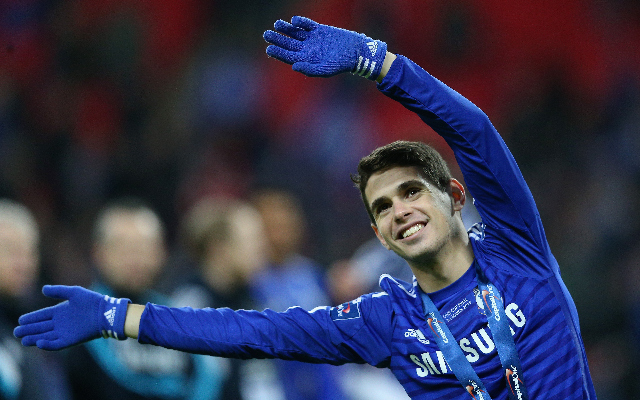 Brazil coach Dunga has revealed his desire to see Oscar leave Chelsea to move to Serie A giants Juventus.

The playmaker arrived to Stamford Bridge in 2012, but he hasn’t always enjoyed an easy relationship with Pensioners coach Jose Mourinho.

The international hasn’t earned the trust of the Portuguese boss and hasn’t played 90 minutes since the end of January.

His contribution has hardly deserved the manager’s faith, and Oscar hasn’t contributed either a goal or an assist since January 17.

With Mourinho looking to free up funds to bring in players this summer, and the Brazil international may find himself in the firing line.

Dunga has weighed in on the question of Oscar’s future and, as reported by Le 10 Sport, has noted that he would suit Italian football.

“Oscar is a technical player,” the former Selecao captain began, “he reads the game well and he’s a versatile and modern playmaker.

“An attacking line with him, Carlos Tevez and Alvaro Morata would make any coach mad. It wouldn’t be a backwards step for Oscar to join Juventus.

“He would be decisive in Serie A and if he plays for either Juventus or Chelsea, it would still be a big club.”

Oscar has featured 26 times for Chelsea in the Premier League so far this season, scoring six goals and contributing seven assists.

In the Champions League, Oscar featured in seven matches, but was unable to contribute either a goal or an assist as the Pensioners fell to Paris Saint-Germain in the Last 16.