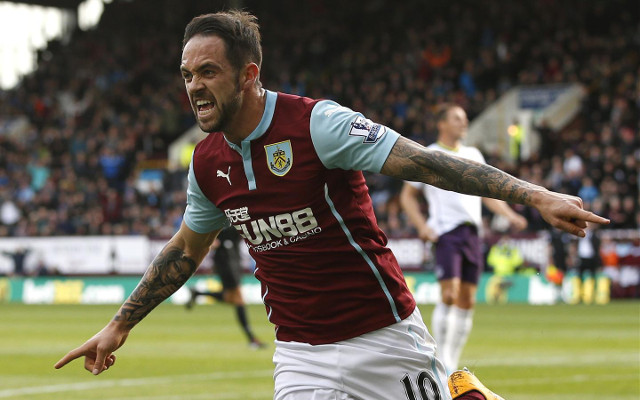 Burnley striker Danny Ings has revealed that he is still yet to make a decision about where he will be playing next season, and hasn’t ruled out staying at Turf Moor.

The 22-year-old is enjoying an excellent season for the Clarets, and his nine Premier League strikes have helped to keep Sean Dyche’s men in with a chance of staying in the top flight for another year. However, next season’s battles could well be without the England U21 international.

Ings’s fairytale rise through the divisions into a top-flight success story, as well as a contract that is due to expire in the summer, has made him one of the country’s most sought after prospects. According to The Independent, Liverpool, Manchester United, and Manchester City are the most likely candidates in England to seal his signature. However, they will have to beat off competition from Borussia Monchengladbach and Real Sociedad, who are also interested in the forward.

With the season’s end fast approaching, the former Bournemouth man has revealed in the Independent what will influence his decision.

“One thing I do want next year no matter where I am – and I don’t know where that is going to be – is to work with a manager who is going to coach me and really develop me as a player,” he explained.

Ings did not confirm whether signing a new deal with his current club is one of the options he is considering, but did suggest that playing in the Championship next season would not be good for his career.

That has arguably put the pressure on his club – who sit 19th in the table – as they know they will have get their heads above water if they wish to keep hold of their star. But Ings is determined to do everything he can to ensure that the Lancashire club are still at England’s top table next season whether he is there or not.

“I have my job to do and giving my all to help the team stay in the league. Until that is finished I won’t be thinking about that side of things,” he concluded.