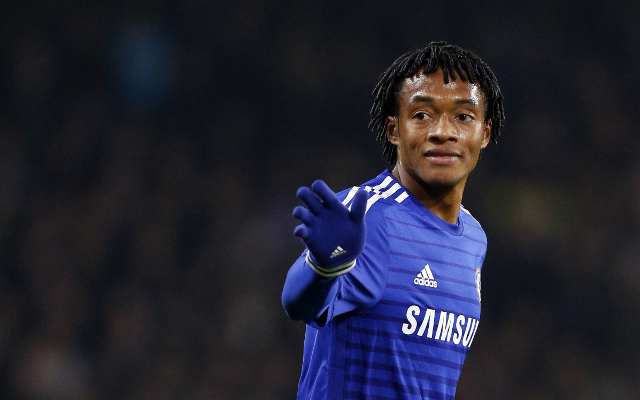 Chelsea winger Juan Cuadrado has been tipped by his manager Jose Mourinho to be a big hit in the Barclays Premier League, and Mourinho claims he is willing to wait until next season.

The Colombian international joined the Blues in January from Serie A side Fiorentina, in a deal reported to be worth up to £26.8m (via BBC), but has so far struggled to make an impact for the league leaders.

He has started just two league games during his short spell in England, and is yet to get off the mark for the club. Mourinho insists the player will come good next season however, once he gets used to the demands of playing in a different league.

“Next season, I believe he can have a fantastic season,” he added.

Cuadrado was one of the shining lights at last summer’s World Cup finals in Brazil, and scored once as Colombia reached the quarter-finals of the tournament, before being knocked out the by the home nation.

When foreign players come over to England, it tends to take up to six months for them to adjust to the league. Therefore, any verdict on the 26-year-old should wait until next season.

He will most likely start on the bench when the Blues welcome the visit of in-form Manchester United to Stamford Bridge on Saturday afternoon, as they bid to go ten points clear at the top of the table.