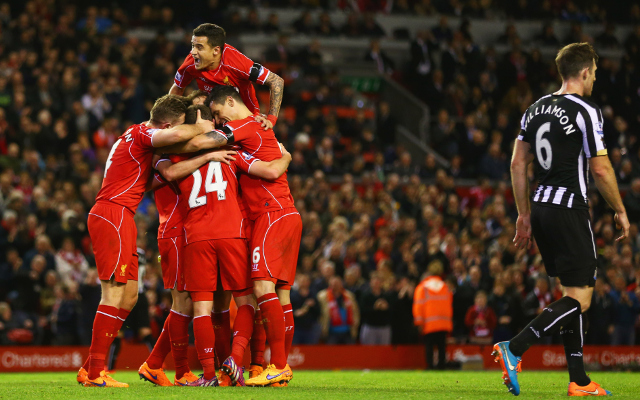 Liverpool face Aston Villa in this weekend’s FA Cup semi-final, and will want as strong a lineup as possible at Wembley, with this perhaps the team Brendan Rodgers could send out…

Liverpool’s first choice goalkeeper, Simon Mignolet has to start this crucial match, with no room for rotation or cup goalkeepers.

A fine young defender, Emre Can has made himself first choice this season and has to start this game against Villa.

Back from suspension after a three-match ban, Martin Skrtel should come back into the heart of Liverpool’s back three.

A player in fine form, Mamadou Sakho deserves to continue as part of the three-man defence against Villa.