The doubters are still out there and he may not be the natural fit in the eyes of those who still pine for the swashbuckling days of Sir Alex Ferguson, but Louis van Gaal deserves enormous praise for the way in which he has transformed Manchester United’s fortunes.

It has not been easy on the eye until lately, but three defeats in 27 games in all competitions would have pleased Fergie himself. Had van Gaal not started his reign with just three triumphs in 11, he would not be facing up to a silverware-free end to 2014-15.

The Dutchman has finally found a formula, a relatively settled line-up, and has proved that he is still capable of winning the big games. Three of the Red Devils’ last four victims have been Tottenham Hotspur, Liverpool and Manchester City – the kind of results predecessor David Moyes craved.

Talk of dispensing with van Gaal has disappeared, proving once more that winning is the only way to shut people up, and there are now foundations on which he can build, for an assault on the top honours next season.

When he sits down with executive vice-chairman Ed Woodward and the board this summer to map out recruitment plans, the 63-year-old must emphasise one word: Pace.

For all of United’s defensive discipline and ability to grind out results, they are crying out for a handful of quick players. Even the addition of one or two, just to give van Gaal the option to counter-attack more effectively, would bring a new dimension to Old Trafford.

It had been widely-anticipated that the acquisition of Angel Di Maria from Real Madrid would continue the club’s tradition of deploying fast players in wide positions, but the Argentina international has flopped in his debut season and is not a guaranteed starter, despite having cost a cool £59m.

Nani is gone, Antonio Valencia turns 30 in August and is often selected in defence, while Ashley Young is rejuvenated but still not capable of tearing past defenders.

It is the same in the central positions. Marouane Fellaini, Ander Herrera, Michael Carrick, Wayne Rooney, Robin van Persie, Radamel Falcao . . . none of them are blessed with pace. 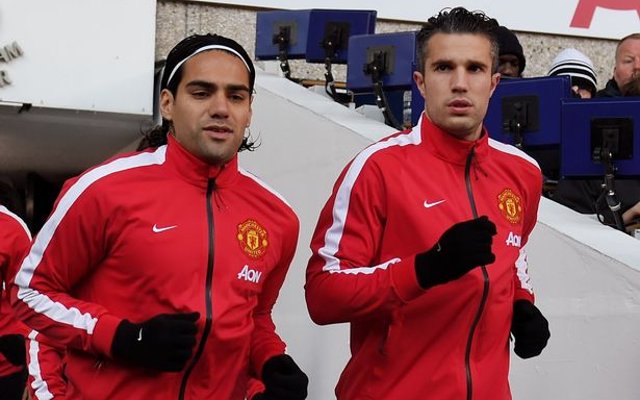 That vital injection of acceleration is not as urgent in defence, as Chris Smalling covers ground quickly while Phil Jones and Marcos Rojo are no slouches either.

But oh, how those players would love to look in front of them and see a genuinely fast outlet. Or have a jet-heeled team-mate tracking back.

Failing a late collapse from today’s opponents, Chelsea, United will have gone two seasons without a trophy at the end of the term.

A third such campaign will test the patience of supporters who have known nothing but success for the majority of their lives. If van Gaal is to build on the fine progress made over recent months, he must supplement his squad accordingly by adding a bit of fast and furious to the mix.