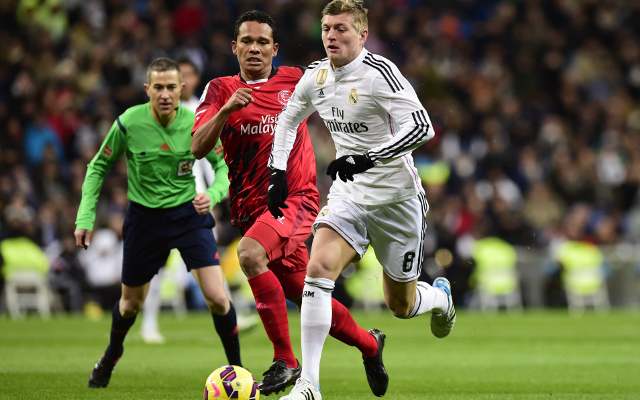 Manchester United look set to be disappointed in their pursuit of Real Madrid playmaker Toni Kroos, who has stated he has no intention of leaving the Bernabeu anytime soon.

The German international midfielder was a top target for the Red Devils during his time at previous club Bayern Munich, though he ended up making the move to Spain instead of England in last summer’s transfer window.

Kroos has continued to impress as one of the finest in Europe in his position with Real, building on his sucess at Bayern and for the German national team, and it seems unlikely that the club would consider selling him at this point.

According to the Daily Star, the 25-year-old remains on United’s radar as they keep an eye out for new signings in midfield, with Louis van Gaal still seemingly not satisfied with his options in that department at the moment.

Still, Kroos has made his plans clear, saying: “My intention is to stay at the club for a considerable time.

“I’ve signed a five-year contract and am very happy here and am excited about the future.

“I’m happy having plenty of time to spend with my family and not having to give daily interviews.”