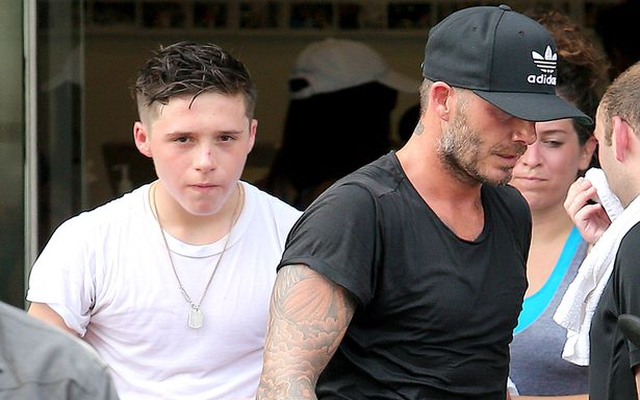 David Beckham has always attempted to lead a normal life, or as ordinary as he can be, and his latest episode appeared on son Brooklyn’s Instagram page as he trolled the 15-year-old regarding the number of his followers.

Informing his followers that he has reached the ‘million follower milestone’ on the same day as his mum Victoria’s birthday, his dad appears in the shot and reminds his son that he still has a considerable way to go to match up to Beckham senior.

Currently at Arsenal’s academy, there were reports in recent months that Brooklyn was set to be released at the end of the season after failing to impress (via Daily Mail), but those rumours have since cooled.

His younger brothers, Romeo and Cruz are also in the development squads at Arsenal’s Hale End academy and with the family now residing London, Beckham clearly felt that the north London side possess the best infrastructure for his children’s future in the sport.

Check Beckham’s cheeky response to his son below:

Reached 1 million followers on my mums birthday. Thank u guys so much #ismydadcoolerthanme