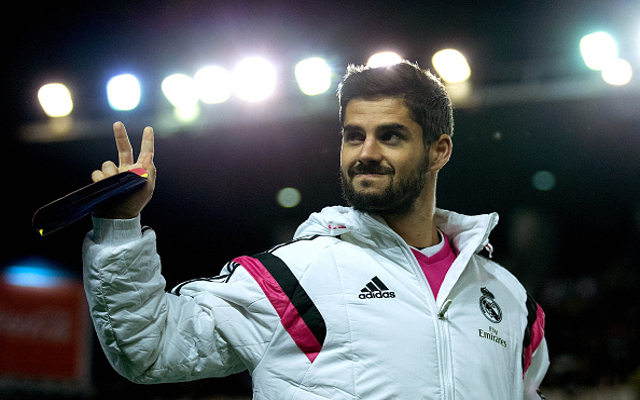 Arsenal and Man City have been alerted by Real Madrid’s apparent willingness to listen to offers for midfielder Isco according to the Sunday Mirror.

The Bernabeu side are ready to sacrifice the 22 year old Spanish international as they target Juventus star Paul Pogba and this source claims the La Liga side will demand around £35m for the former Malaga man.

Isco has started 22 La Liga fixtures this term but is perhaps seen as a weak link in Carlo Ancelotti’s side and Arsene Wenger may well be tempted by the possibility of landing the creative midfield though it’s not instantly obvious as to how the Gunners boss would fit the Real Madrid man into his current starting line-up.

A move to Man City may prove more likely given that Etihad Stadium boss Manuel Pellegrini previously managed Isco at Malaga and the average form shown by the likes of Jesus Navas, Samir Nasri and Stevan Jovetic could perhaps leave the Premier League title holders in more urgent need of such a capture.