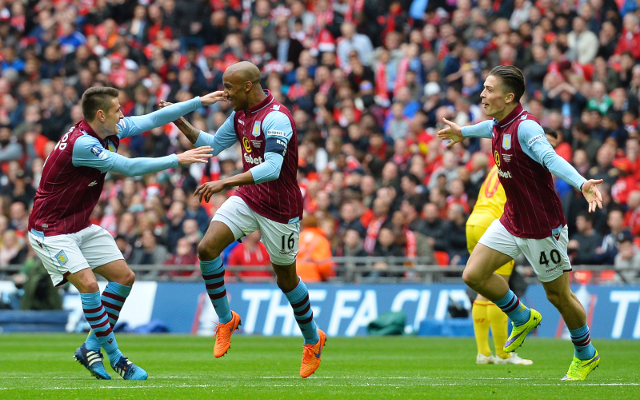 He will forever gone down in history as the man to deny Steven Gerrard a fairytale ending to his Liverpool career, but Aston Villa captain Fabian Delph still can’t quite believe that he will be leading the side out at Wembley for the FA Cup final next month.

The England international scored the all-important winner nine minutes into the second half as they came from behind to beat the Reds 2-1 on Sunday afternoon to set up a meeting against Arsenal on May 30th.

It will mark a first final appearance in this competition for Villa in over a decade, in fact they lost the last ever cup final staged at the old Wembley in the year 2000 and the 25-year-old can’t wait for the showpiece occasion next month:

“I can’t wait for the final.” he said after the game (via Mail Online)

“To walk out as captain is going to be the highlight of my career. So happy days, I’m happy for the boys.” he added.

Villa must now turn their attentions to the league campaign and ensure they go into the final next month with their Premier League status confirmed as they currently have a four-point cushion over the relegation zone with just five games remaining.