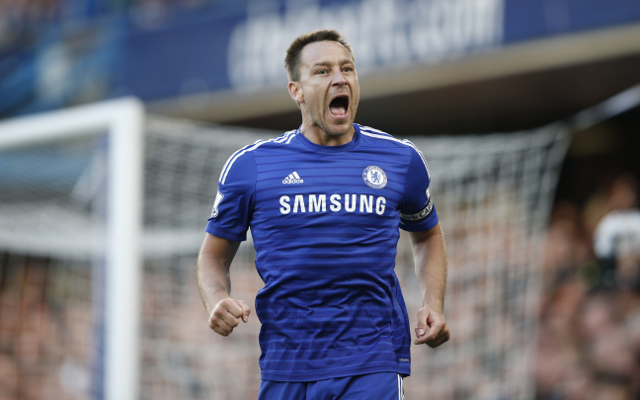 Chelsea captain John Terry has piled the misery on Manchester United manager Louis van Gaal by claiming that he made a mistake by playing Wayne Rooney in a central midfield position at Stamford Bridge.

With injuries to Michael Carrick and Daley Blind in the build up to the game against the league leaders on Saturday, van Gaal was forced to play the England captain in a deeper role as his side saw their six-game winning streak come to a end in the 1-0 defeat in West London.

Radamel Falcao was given the duty of playing as the striker and Terry revealed he was more than pleased to not be up against his former international colleague:

“I was quite relieved to see him in midfield. Rooney is a world class player and it kind of suited us (that he played there).” he told reporters (via Mirror Online)

The win for the Blues edges them closer to a first league title since 2010 and all but kills any lingering hopes United had of becoming champions this season as the gap between the two teams is now at 11 points.