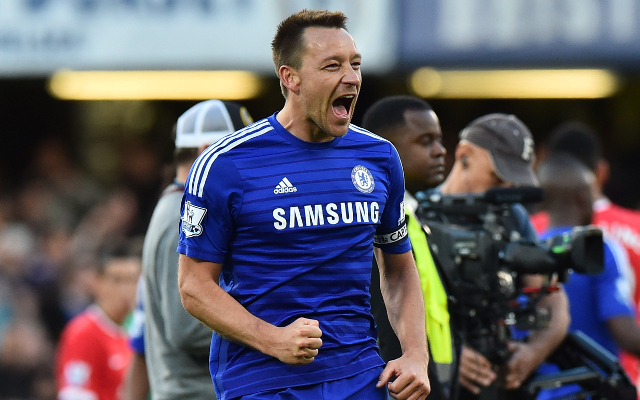 A fine goal from PFA Player of the Year nominee Eden Hazard was all that separated the Premier League foes, and the Blues captain was full of praise for his star team-mate.

The former England international posted this on Instagram, in which he also expressed his joy at Juan Mata returning to his former home ground, and receiving a great reception from the Blues supporters.

Terry’s celebrations on the pitch at the final whistle were illustrative of just how crucial the victory was, as Mourinho’s men are just two wins away from securing the title.

Chelsea are now ten points clear of second place Arsenal, and look set to stubbornly be on their way to bringing the Premier League trophy back to west London for the first time since the 2009-10 season.