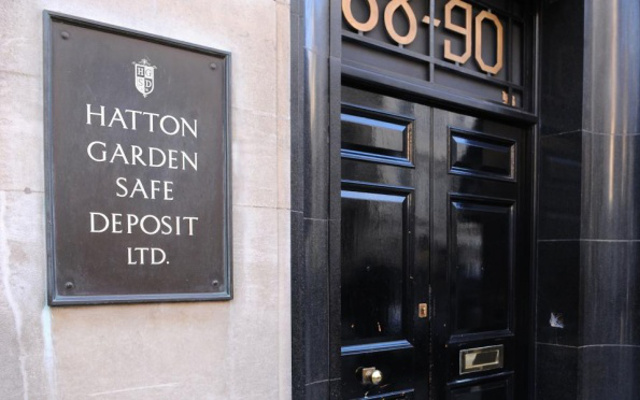 Sex tapes and saucy pictures featuring top professional footballers could be among the loot which was collected by the burglars who raided the safety deposit company in the Hatton Garden heist.

Sources close to several players claim the stars are in a state of worry as their sensitive secrets could fall into the wrong hands after more than 70 safety deposit boxes were raided when diamond thieves smashed through a vault in the area over the Easter bank holiday weekend.

Quoted in the Daily Star, a source linked to stars at a number of North-West clubs said, “It wasn’t just jewellery and ­money, a lot of people used the boxes to store personal things – very ­personal things.

“Some used them to keep items like old mobile phones which may ­contain saucy footage and pictures, as well as other ­confidential documents they wanted to keep private.

“There are a few footballers who are nervous because they had some private effects in the boxes.

“Let’s just say it’s the sort of stuff they don’t want falling into the wrong hands.”

Police have been in touch with 42 people who had property stored at Hatton Garden Safe Deposit Ltd. and are still trying to reach the remaining victims.

The thieves had to work for their loot, posing as builders to get into the building and hiding in a back room until people had left. They then disabled a lift before climbing down the shaft to the basement a forcing open heavy metal shutters.

They then drilled holes in the six foot concrete to enter the vault and used power tools to break open boxes where diamonds, cash and other valuables were kept and the haul, between £35m and £200m, could be the biggest in British history.