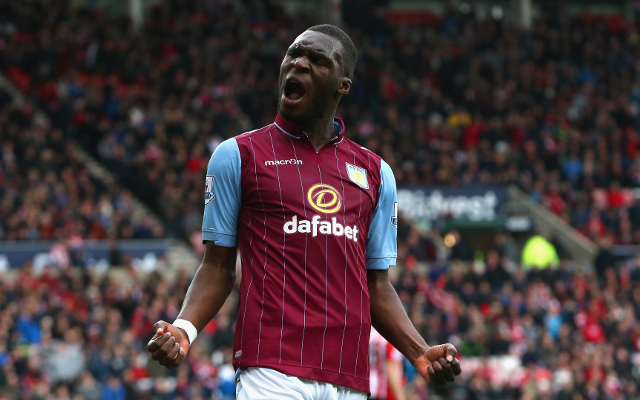 The 24-year-old has been playing with inspiring confidence having recently netted a a hat-trick against Queens Park Rangers, a double at the Stadium of Light, as well as the winning strikes against Tottenham Hostpur and West Bromwich Albion. 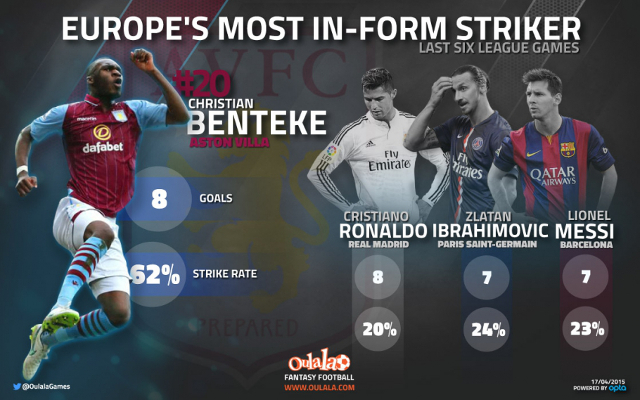 As the graphic shows, Benteke, following his recent run of stunning goalscoring form in which he’s netted eight times in the second half of the season, currently boasts the best strike rate in Europe – ahead of the three of the world’s greatest forwards.

Here’s further information on the foursome’s shot to goal ratio:

Despite just 13 shots, 62% of the Belgium international’s efforts have hit the back of the net – proving just how high in confidence Benteke is playing under new boss Tim Sherwood. While Ronaldo has registered an incredible 41 efforts – just eight of those have resulted in a goal for Real Madrid.

Such has been their resurgent form under Sherwood, the Claret and Blue Army – who seemed destined to be playing their football in the Championship next season – are odds on to avoid the drop. Not only that, but they could also secure a place in the FA Cup final with a victory over Liverpool at Wembley Stadium on Sunday afternoon – in what would be an incredible turn around at Villa Park.