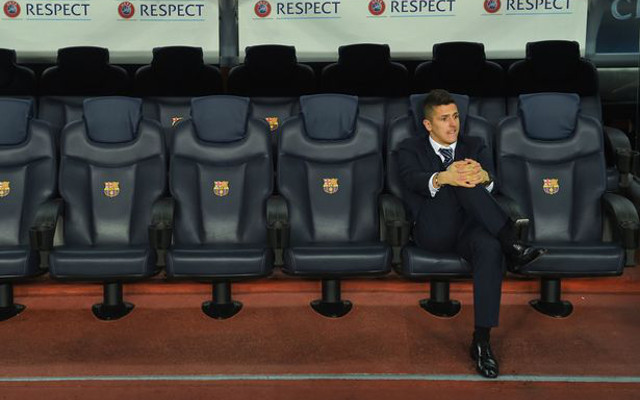 Inter Milan manager is lining up a triple Premier League transfer raid with forgotten Manchester City striker Stevan Jovetic top of his wanted list, along with Stoke City’s Asmir Begovic and West Ham loanee Alex Song, according to The Mirror.

Sporting director at the Nerazzuri, Piero Ausilio, has already contacted Barcelona about the possibility of taking Alex Song on loan next season following a temporary stay at Upton Park in which he has shone in fits and starts.

Ausilio is also pleased with comunication from Montenegro international Stevan Jovetic’s representatives, who is thought to be on his way out of the Etihad Stadium should Pellegrini manage to avoid the sack.

If given a stay of execution, the Chilean will accept an £11m bid from the Italian side for the man who was left out of the Citizens’ Champions League squad for the latter stages. If a new manager comes in though, they will be given the decision on his future.

Asmir Begovic, on the other hand, has just a year left on his deal at Stoke City and has been touted to a multitude of top clubs, though it is reported that Inter are keen to snap him up on a cut price deal as a possible replacement for Samir Handanovic, who could be on his way out of the San Siro.