We’ve done the best, now here’s a look at the 30 worst players in the Premier League for the 2014/15 season, including Manchester United, Liverpool and Tottenham flops…

Signed from Manchester City on a free, veteran midfielder Gareth Barry has started to show his age for Everton in this disappointing season for the Toffees.

Just four goals all season long for Edin Dzeko after the highs of last season, there’s no doubt the Bosnian has looked significantly worse this time around.

A hyped up summer signing who has failed to make any impact, Remy Cabella has not looked a worthwhile buy for Newcastle.

Dropped by Arsenal after a series of clangers, Wojciech Szczesny has had a poor season for the Gunners and is now surely out of the first-team picture.

Signed for around £12m, Shane Long has not done anything of note for Southampton, showing just how average and overrated he is at this level.

A player once regarded as a top talent, it has been yet another anonymous season for Aston Villa winger Charles N’Zogbia. 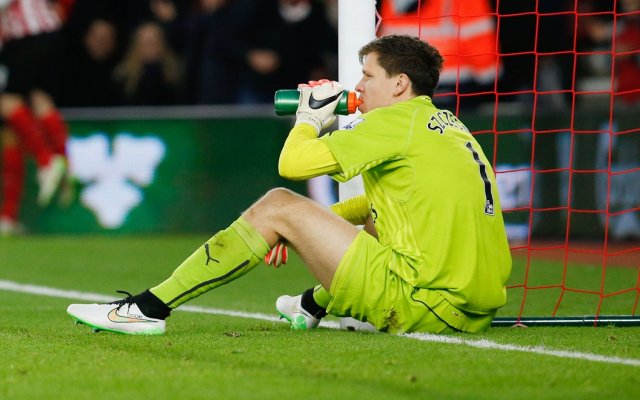