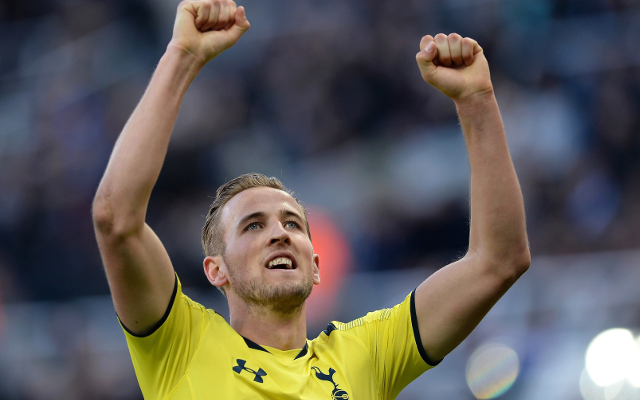 Harry Kane scored his 30th goal of the season in Tottenham Hotspur’s 3-1 victory over Newcastle United on Sunday afternoon, and, astonishingly, is the first Tottenham forward to have reached the figure since 1992, BBC Sport report.

Have a read below of the best tweets, as Kane joined Sergio Aguero as the Premier League’s top scorer, netting his 30th of the campaign.

Wow buzzing to get to 30 goals for the season!Most importantly though was the 3 points.Great team performance!Safe journey home to the fans!

Well done @hkane28 on being the first Spurs player to score 30 goals in yonks. Sheringham, Klinsmann, Defoe, Keane, Adebayor, where are you?

Would love to see Harry Kane get the golden boot this year. About time an English player won it

Couldn’t be more pleased for @hkane28 on scoring his 30th goal of the season! Imagine if he’d been playing the whole season… #THFC#COYS

The Spurs striker has been a revelation in the Premier League this term; enjoying a stunning breakthrough campaign at White Hart Lane of which he earned his first senior international call up for the England squad.

The 21-year-old is a contender for the PFA Players’ Player of the Year Award and, along with Chelsea winger Eden Hazard, is one of the favourites to land the prize.