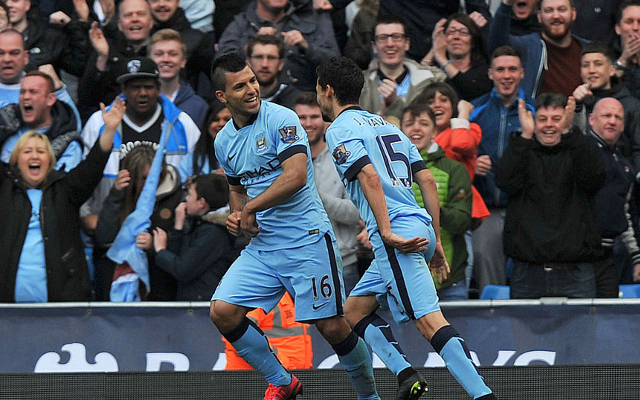 Manchester City got their season back on some kind of track, after a James Collins own goal and a Sergio Aguero strike helped lift some of the gloom surrounding the Etihad.

Manuel Pellegrini has probably not gone into a game under so much pressure, and arguably coming up against West Ham was something of a curse in disguise. Defeat to one of the most out of form teams in the league would have left City right in the jaws of the top four. A loss today would have surely made the Chilean’s position even more untenable than it was before kick-off.

Luckily, the home side came out like a team fighting to win the title, rather than the one that has looked scared of its own shadow during the defeats to Crystal Palace and Manchester United. They dominated possession, and were pounding at the door in the early minutes. David Silva had an effort blocked from close-range, and Aleksandar Kolarov hit a wonderful free-kick that looked on line most of the way, before curling around the post at the last moment. The slight deviation in the air was met with the gasps of the City fans who had begun to celebrate.

But they didn’t have to wait long to end the short resistance from the Hammers. Adrian seemed to scuff a goal-kick that failed to make it halfway. Jesus Navas was the grateful recipient, who darted down the line and tried to find Sergio Aguero. The Argetinian was lurking on the edge of the box.

But, the cross was disappointing, and failed to clear Collins. However, the Welshman – who was running back towards his goal – stuck a lazy left-foot out, and looped the ball over his goalkeeper. The ball hit the crossbar and bounced down agonisingly over the line.

West Ham were restricted to aimless counter-attacking football, but as the first-half wore on, their confidence seemed to be picking up slightly. It wasn’t long before they were punished by a team starting to look like the one that claimed the title last season.

Stewart Downing lost the ball in the middle of the park, which allowed Aguero to lead a counter-attack. With the Argentinian joined by David Silva and Navas, you fancied that they would soon be doubling their lead.

Aguero played a slightly prolonged one-two with Navas, before calmly dispatching the lay-off past Adrian, and practically killing the game off before half-time.

The second half appeared for both sides to be an exercise in going through the motions. West Ham kept men behind the ball, whilst City seemed to happy to attempt to exploit half-openings.

It was the Hammers however, who had the best chance of the second-half. A lazy back-pass from Navas gifted the ball to Kevin Nolan. One on one with Joe Hart, Nolan lost his composure, and the chance fizzled out.

One worry for City was that Silva – so integral to everything they did well – had to be stretched off after being elbowed by Cheikhou Kouyate.