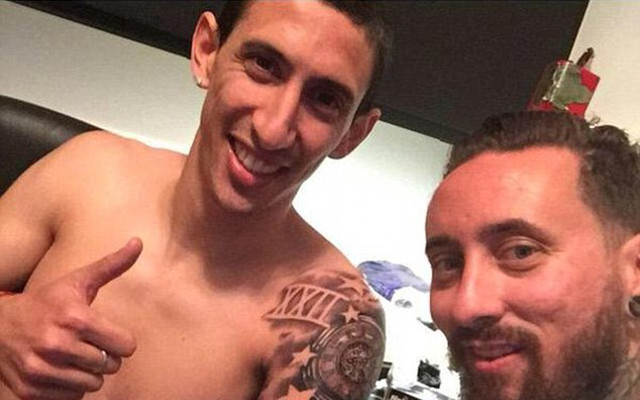 Could this be proof that Angel di Maria is committed to Manchester United..?

An image has been doing the rounds online of the Red Devils winger showing off a new tattoo on his arm – a bold design of his famous Manchester United shirt number – no.7.

The Argentine followed an incredible list of legends at Old Trafford to be handed the no.7 shirt – including George Best, Bryan Robson, Eric Cantona and David Beckham.

The 27-year-old also wears 7 for his home country, and clearly has a strong affection for the number – certainly if this tweet is anything to go by…

The winger has been linked with a shock exit from the Red Devils for much of his first campaign in the Premier League after failing to make an impact with Louis van Gaal’s side, as Paris Saint-Germain, according to the Daily Star have been considering a summer move.

But his body art could suggest he has no interest in surrendering his position under Louis van Gaal.