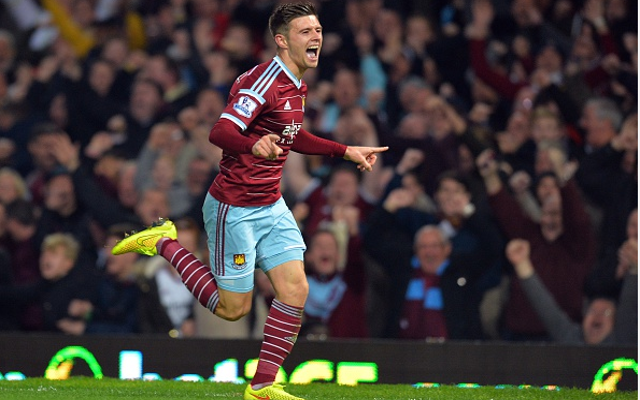 Chelsea have been told that a £20m offer would be enough to secure the services of West Ham left-back Aaron Cresswell according to the Daily Express.

The Upton Park side only signed the 25 year old from Ipswich Town last summer in a £3.75m deal but the east London side appear ready to cash-in on the England hopeful.

A move for Cresswell will help Jose Mourinho kill two birds with one stone, firstly the Daily Express claim that the Blues boss sees the Hammers man as a viable replacement for Felipe Luis and secondly the move would help the Stamford Bridge side beef up their ‘homegrown’ contingent.

Cresswell has more than proven himself capable at the Premier League level during his debut campaign in the English top tier and Mourinho may feel he is the ideal man to compete with first choice starter Cesar Azpilicueta.