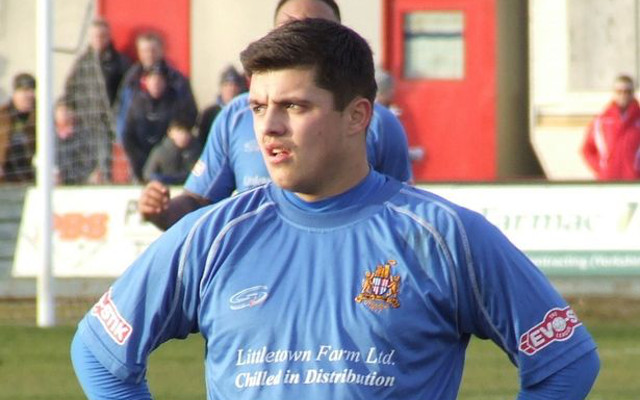 Semi-professional footballer Jason Hart has been sacked by his club Clitheroe FC after he was filmed having sex with a fan in the dugout after an away defeat for his side.

A fan seemingly spotted the striker who was otherwise engaged in the dugout and filmed it on their phone. Hart’s girlfriend has hit out after the unbelievable incident.

The striker was captured with his club’s shirt on and his jogging bottoms around his ankles on mobile phone footage which was subsequently posted online.

Following the clip’s circulation, the 24-year-old was dismissed by Northern Premier League Division One North side Clitheroe with immediate effect.

His girlfriend, Bryony Hibbert, blasted the person responsible for posting the clip which has since been removed, taking to the Clitheroe Football Club Facebook page to vent at those poking fun at the situation.

She said, “Have a bit of decency for the people it’s affected. Thank god my kids are too young to read.

“It’s disgusting. I bet their families are far from perfect.”

Quoted in The Mirror, Hart said, “I’m full of regret. I’d had a couple of drinks. I was away from everyone and thought I was hidden.”

Upon his move to Clitheroe from Padiham last year, the striker was described as a prolific goal scorer – though they probably didn’t anticipate he’d score off the pitch as well.