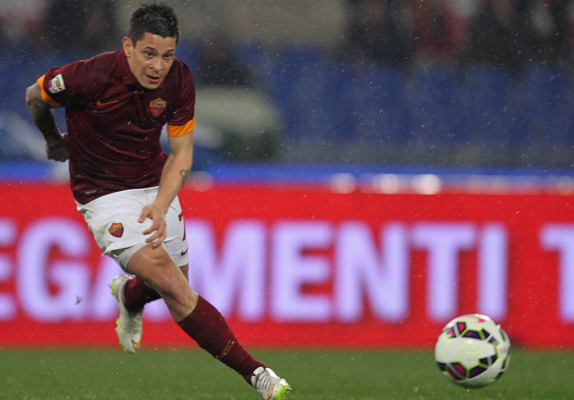 Anfield side chase AS Roma attacker.

Liverpool have reportedly made an opening offer for AS Roma attacker Juan Iturbe according to the Metro.

The 21 year old moved to the Stadio Olimpico last summer but hasn’t made a great impression but is nonetheless the subject of interest from Anfield boss Brendan Rodgers.

The Merseyside outfit have made an £18m bid but the Metro claim Arsenal are also interested and could be willing to pay as much as £22m for the South American.

Iturbe impressed whilst on loan at Verona last term, this led to his move from FC Porto to the Italian capital, but arguably he’s not come close to the heights he reached in 2013/14.

That said it appears Rodgers sees Iturbe as a player with great potential and the Northern Irishman may be keen to add more creativity to a midfield that relies overly on Coutinho for attacking endeavour.