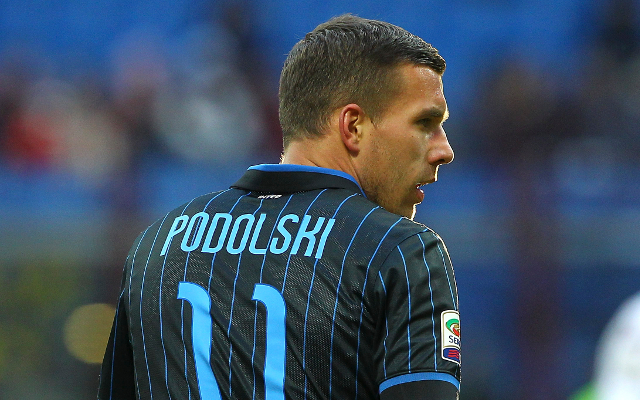 Lukas Podolski remains confident that he has a future at Arsenal when his loan spell at Serie A side Inter Milan expires at the end of the campaign, Mail Online reports.

The German World Cup winner was shipped out to the Italian giants in the winter transfer window due to a lack of first-team appearances at the Emirates earlier in the campaign but the striker has failed to make much of an impression at the San Siro since completing his temporary move.

He is yet to score in his 11 appearances for Roberto Mancini’s new-look Inter side and was an unused substitute in the Milan derby on Sunday night and the forward looks set to return to his parent club at the end of the season after telling reporters that he ready to fight for his place in the team:

“When I go back (to Arsenal) I think I have the chance to play there.” he told Mail Online

“I have one year left so well will see what happens. I feel very well at the club and with my teammates as well. I had a great two and a half years; I scored a lot of goals there and had a lot of assists.” he added. 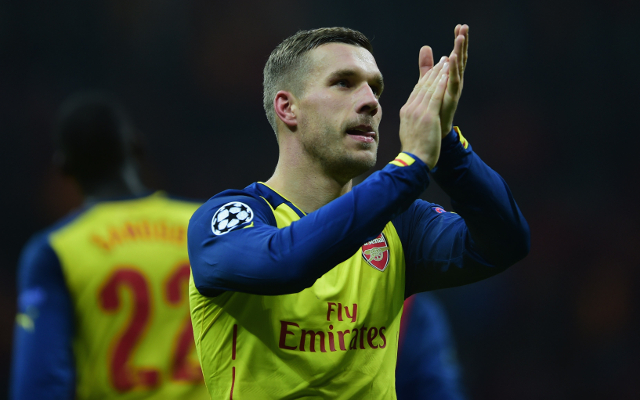 The Gunners certainly have not missed the German too much since his short-term departure as they currently lie second in the Barclays Premier league and booked their place in the FA Cup final with a scrappy 2-1 extra-time victory over Championship out Reading at Wembley on Saturday evening.

With fierce competition for places at the Emirates which is keeping the likes of Theo Walcott and Jack Wilshere out of the team, it is difficult to see Podolski getting much game time next season.