One Manchester United star could be lifting a piece of silverware at the end of the season after all, but it happens to be forgotten midfielder Tom Cleverley who was loaned out to Aston Villa by Louis van Gaal in the summer.

Cleverley was part of the Villa side that caused an upset against a much fancied Liverpool outfit in the semi-final on Sunday at Wembley to book a place in the FA Cup final against holders Arsenal next month.

After falling behind to Philippe Coutinho’s deflected effort on the half hour mark, goals from Christian Benteke and Fabian Delph saw the Premier League strugglers come from behind to deny Reds skipper Steven Gerrard a chance to win the trophy on his 35th birthday. 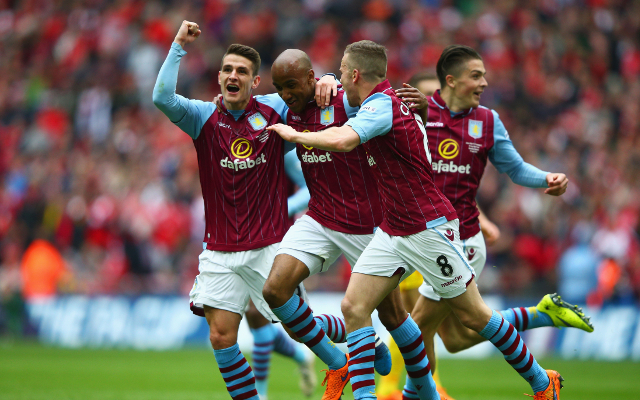 The win completes a remarkable turnaround in fortunes for the club after they couldn’t buy a goal never mind a victory during a tough christmas period under former boss Paul Lambert but since the arrival of Tim Sherwood in February the team has certainly benefitted from his attacking approach according to Cleverley:

“He [Tim] has brought an attacking style of football.” he told the FA’s official website.

“At times we gamble, and it is a case of entertaining the fans and that’s what was needed to bring back to the football club.”

“Along with some fantastic defensive displays, we are good to watch and it’s great to play in.” he added.