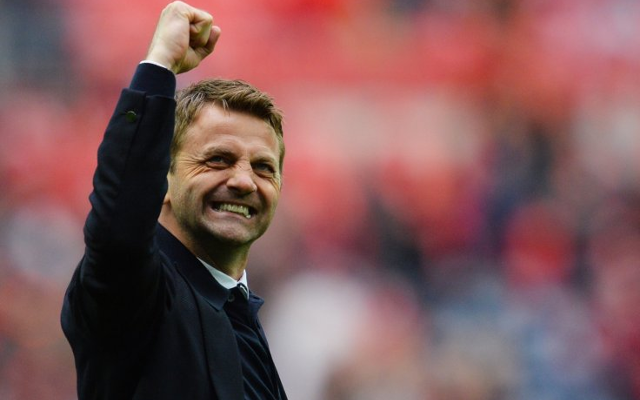 Aston Villa manager Tim Sherwood has fired a warning to Arsenal for when the two sides meet in the FA Cup final on May the 30th, with the former Tottenham Hotspur boss saying the pressure is on the Gunners.

Arsene Wenger’s side lifted the cup last season after seeing off Hull City at Wembley, and Sherwood says that puts them under greater scrutiny as holders of the competition.

Villa, like Hull last season, are fighting against relegation in the Premier League and have surprised many to make it to the final of the FA Cup after an otherwise poor season.

Sherwood’s side put in a great display to cause an upset in their semi-final win over Liverpool this Sunday, and the 46-year-old says his team will be underdogs again when they line up against Arsenal in just over a month’s time.

Speaking after Villa’s heroics against the Reds, he told BBC Sport: “We will be the underdogs. The pressure is on Arsenal as they are the holders.

“Not many gave us a chance today but we believed it and when we stepped onto the pitch we realised the fans believed it too.”