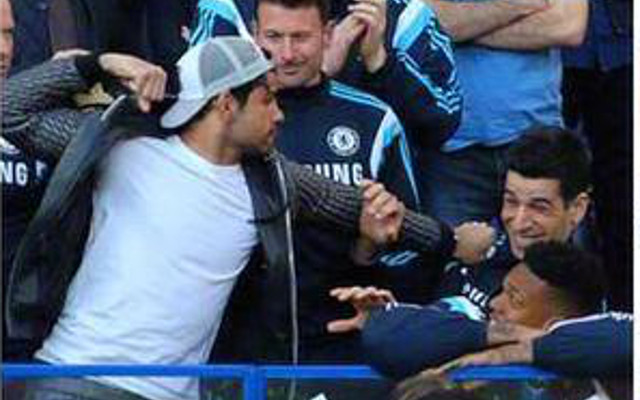 Chelsea striker Diego Costa was stuck on the sidelines with a hamstring injury during the Blues’ 1-0 win over Manchester United.

However, the 26-year-old didn’t seem to be letting this get to him while he sat with one of the Stamford Bridge outfit’s physios watching the game on Saturday. He jokingly attacked Manoel Ribeiro while in the stands.

The Spain international will be hoping to be fit again to face Arsenal in their next match. If he isn’t the Blues may not have any fit forwards, with Loic Remy also racing to be available and Didier Drogba recently pulling out of a charity match with an ankle problem.