When a goalkeeper makes a mistake it feels as if their world has come crashing down all at once, in the FA Cup semi-final on Saturday evening with the scores locked at 1-1 in extra-time Reading keeper Adam Federici allowed a Alexis Sanchez effort to squeeze underneath his body and into the net.

The howler eventually cost the Royals the game and a chance and the possibility of a penalty shoot-out against Arsenal and while others rally around the Australian international it is worth remembering that all goalkeepers make mistakes.

From the Gianluigi Buffon’s to Simon Mignolet’s of this world, they all have a error in them and some have been messed up on the biggest stage.

Take a look at four costly mistakes from those in between the sticks: 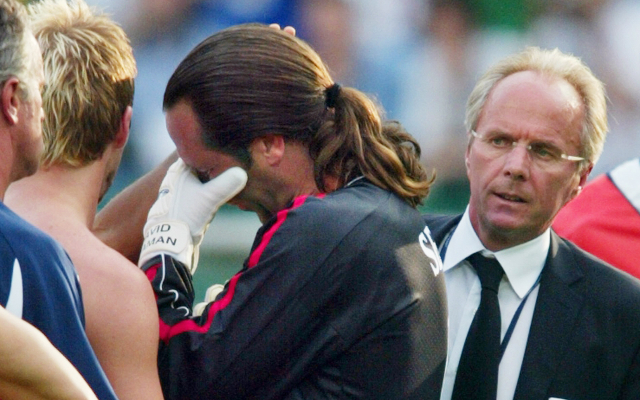 Whilst the former Arsenal man will go down as one of the best goalkeepers of all time, Seaman was known to be liable to make a mistake or two in his playing days.

He was caught out by a long-range Ronaldinho free-kick against Brazil at the 2002 World Cup which would eliminate the Three Lions at the quarter-final stage.