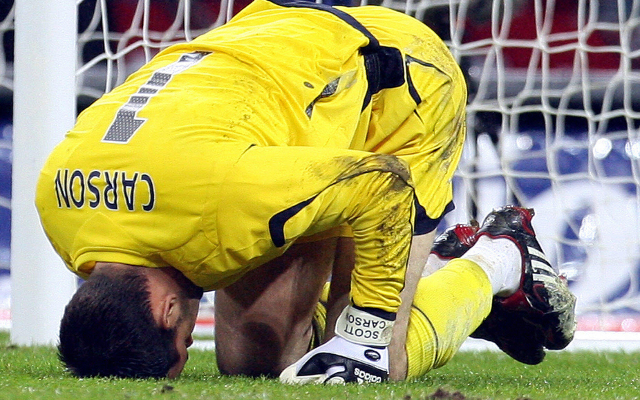 England needed a win or a draw against Croatia in their final Euro 2008 qualifying match but Scott Carson’s early error from a Niko Kranjcar shot at Wembley sent the visitors on the way to a 3-2 win.

Not only did the mistake cost the Three Lions a place at the Euros, then-manager Steve McClaren was sacked shortly after.