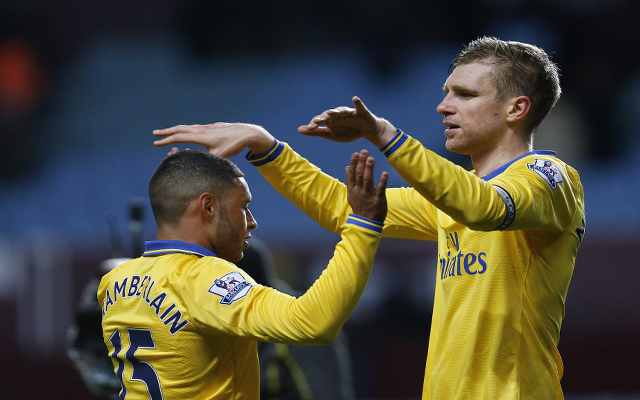 Celebrity Arsenal fan Lethal Bizzle and cousin of former Gunners midfielder Emmanuel Frimpong, has revealed that he feels current stars Alex Oxlade-Chamberlain and Per Mertesacker could be able to pull-off his newly revealed ‘Fester Skank’, he told Arsenal’s youtube channel.

The millionaire Grime artist and actor released his new single Fester Skank earlier on this month and it has captured many on social media due to the catchy ‘dance’ which goes along to the song.

Whilst at Wembley for the FA Cup semi-final against Reading, Arsenal’s media team wanted to grab a word with Bizzle and had the urge to ask which members of the squad he feels are the best ‘Fester Skankers’.

“The best player in the squad to do the skank would probably be….I reckon Chambo would be quite good,” He speculated.

“I’ve seen some of his online videos when he’s dancing in the changing room so I think he’s be good.

“Mertesacker would be pretty cool, he’s pretty tall and has the right frame for it. Yeah, them two.”

Mertesacker’s inclusion is an interesting one given that his teammates once named him as having the best initiation out of the new signings when he arrived in 2011. As Arsene Wenger’s men prepare to face Chelsea next weekend, both Alex Oxlade-Chamberlain and Mertesacker look set to miss the London derby with ankle and groin issues respectively.