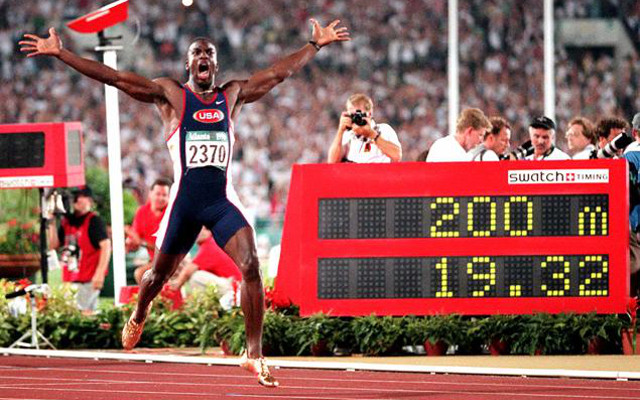 Arsenal have hired former Olympic sprinter Michael Johnson to help improve the fitness of the players in their youth system, reports the Daily Mirror.

The American won four Olympic gold medals in his athletics career, two in the 400 metres, one in the 200 metres, and one in the 4X400 metres. The 47-year-old now thinks he can transfer this knowledge to improve the speed and power of footballers at the Emirates, so that they are better equipped for their eventual entry in to first team football.

He said: “It’s about developing athletes. How do you bring an athlete from seven or eight years old all the way through to their full development as a 17 or 18 year-old. We don’t work with the first-team players. We specialise in youth athletics development and are seen as the experts in that.

“Once you get into athletic development, you start to look at speed, strength, power, agility, suppleness – all of those different things – and pick the ones that they really are interested in.”

He continued, praising the strength of sportspeople in the UK: “Strength has always been a big one in the UK. In that aspect I would say that the UK is right up there with everyone else. The UK has some cutting-edge stuff in terms of strength programmes but I’d say they lag behind the States in terms of speed and power.

“Everybody is trying to get as much as they can out of their athletes, trying to find out where you can find that expertise and new training methodology that’s going to help us more effectively bring athletes through.”

The Gunners have a poor history with injuries, and many of their players are seemingly prone to fitness problems. This appointment could help stop this issue at its source by making sure the youngsters have a good base fitness before entering the hustle and bustle of the senior squad. Maybe the North London club won’t have to deal with injury laden players such as Abou Diaby any longer?